Portraits which highlight the broad diversity of the Princeton community continue to be added to the University's collections.

A sample of recently acquired portraits are featured below.  Please visit the About page to learn more.

In McCosh Hall, outside Room 50 hangs a portrait of Judge Denny Chin. A Class of 1975 graduate, Chin was the first Asian American appointed as a United States District Judge outside of California and Hawaii. He is now a United States circuit judge for the Second Circuit. 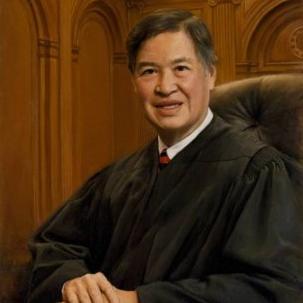 On the ground floor of Morrison Hall hangs a portrait of Carl A. Fields, the first black dean in the Ivy League.  He implemented policies that increased enrollment, retention and a sense of belonging for students of color and founded the Carl A. Fields Center for Equality & Cultural Understanding.

READ MORE about Carl A. Fields 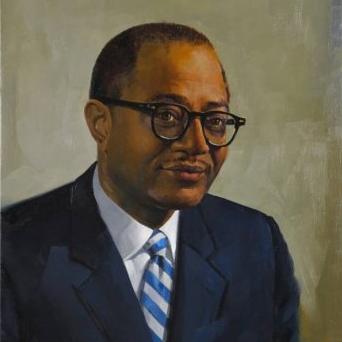 In Robertson Hall, in the Arthur Lewis Auditorium hangs a portrait of Sir Arthur Lewis who taught courses in economic development and economic history at Princeton from 1963 to 1983, and was the University’s first black full professor. He received the Nobel Prize in Economic Sciences in 1979, the only person of African descent ever to win a Nobel Prize in a field other than literature or peace. 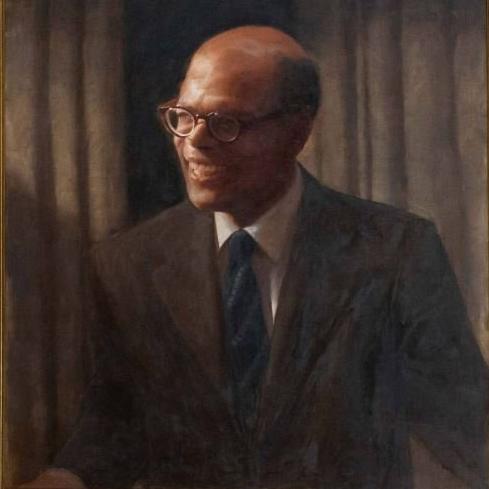 On the ground floor of Morrison Hall hangs a portrait of Toni Morrison, the recipient of the 1993 Nobel Prize in Literature, and the first African American woman to be awarded the prize. She played a transformative role in expanding Princeton’s commitments to the creative and performing arts, American studies and African American studies. 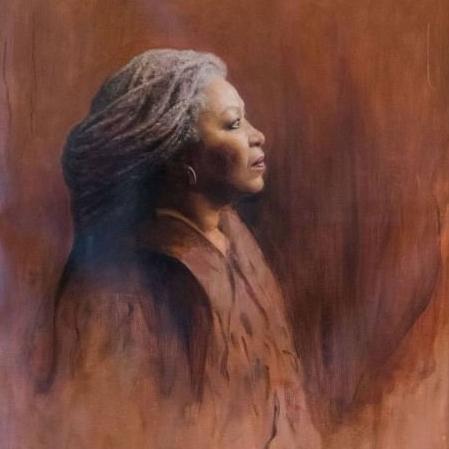 In the McCosh Health Center is the portrait of Dr. Robert J. Rivers ‘53, who was among the first black students admitted to Princeton and was the first African American elected by the Board of Trustees to serve as a trustee. He is a retired professor of clinical surgery. 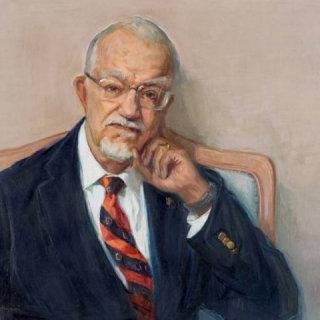 In the Atrium of the Lewis Library hangs the portrait of Alan Turing, father of Computer Science and gay man persecuted for his sexual orientation.  Turing earned his PhD from Princeton in 1938. 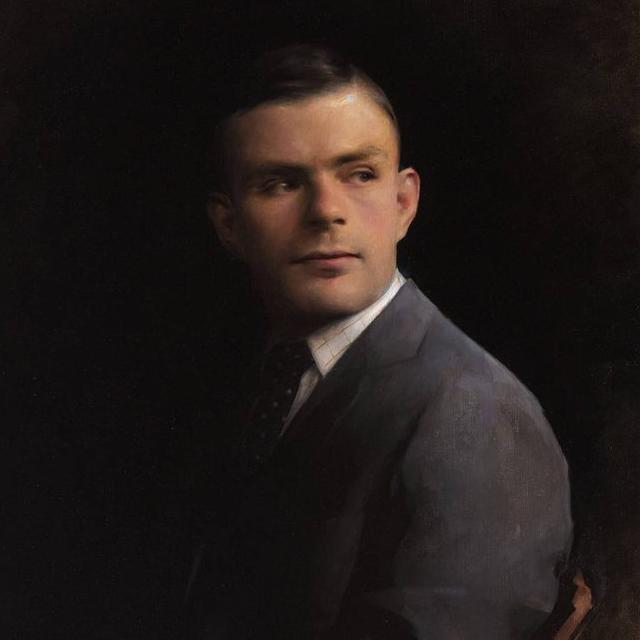 The Work of Several Lifetimes

Visual artist Mario Moore sought to shine a light on the African American men and women who work in blue collar jobs at Princeton.

“The Work of Several Lifetimes,” was an exhibition of new work created by Moore depicting black men and women who work at or around Princeton’s campus. Moore was a 2018-19 Hodder Fellow in the Lewis Center for the Arts.  In 2019, the University purchased the following portraits of long serving Princeton employees.

READ MORE about Black and Blur 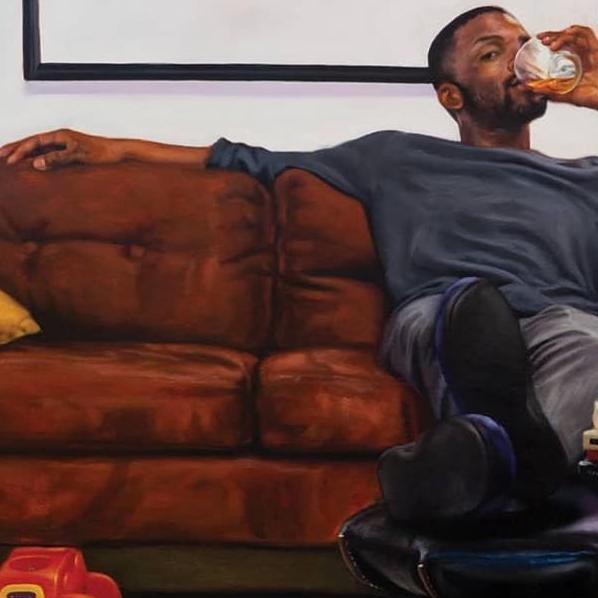 Read More about Center of Creation 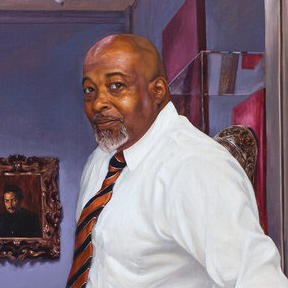 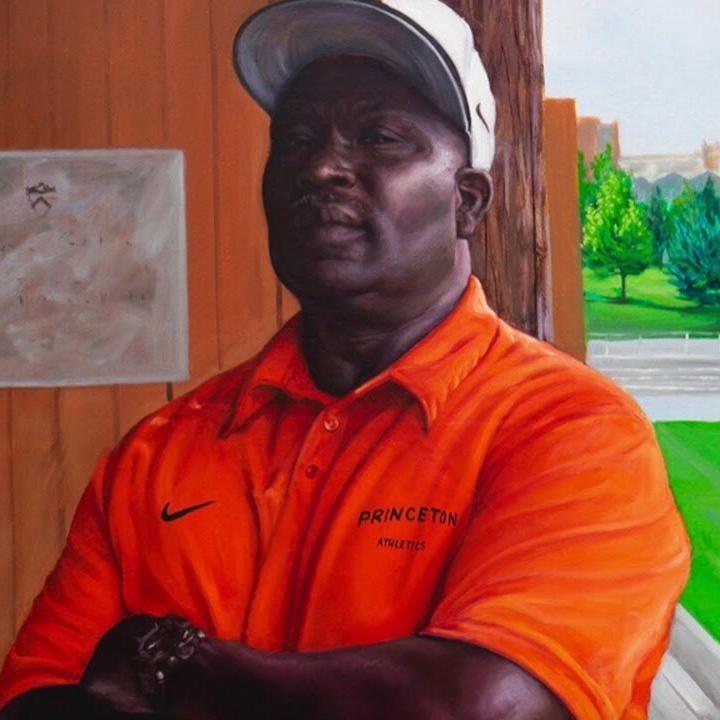 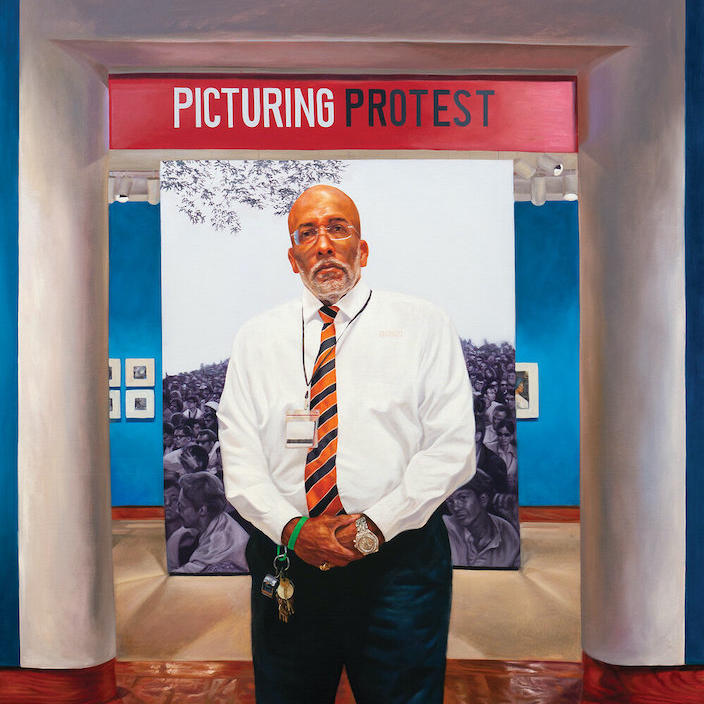 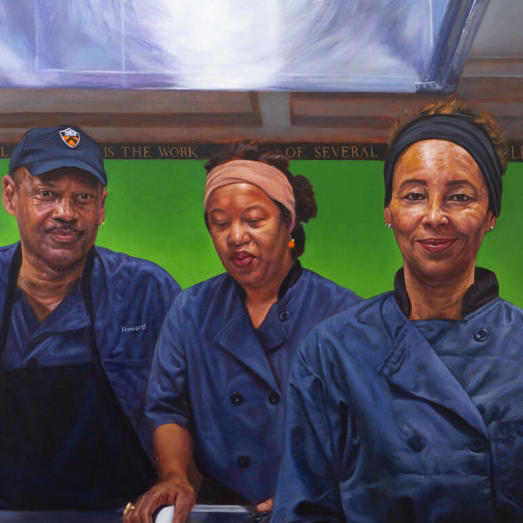